Bohemia in exclusive Interview with PMR

Hey buddies, Bohemia's latest interview held recently with PMR
PMR: First of all thank you for giving us your valuable time.
Bohemia: Thank you for your time as well.
PMR: How have you been?
Bohemia: I’ve been great, I’m living my dream and I feel blessed.

PMR: Your biggest professional achievement?
Bohemia: I would have to say that when I started, I was writing for myself and I never had imagined that my music will touch so many people. My album Pesa Nasha Pyar was a first ever Punjabi rap album launched by a major label. My follow up album Da Rap Star was number one on Planet M chart in Punjabi. But the big achievement to date as a street rapper was when I was personally approached by Mr. Akshay Kumar for the theme song of his Warner Bros movie. To work with him and the Sippy Entertainment team was definitely an honour.
PMR: Who ranks the top in your favourites in directors?
Bohemia: All time favourites would be Jimmy Jam and Terry Lewis from the mainstream and Nadeem and Shravan from the great Bollywood era. I like to listen to all kinds of music though.
PMR: Lots of rumours are there that you are from India, Pakistan, and e.t.c so tell us where are you from?
Bohemia: For once and for all, I am from the sunshine state of California.
PMR: Who do you really admire as your ideal?
Bohemia: I look up to my dad and I thank him for introducing me to the love of music.
PMR: After the release of your latest album ‘ DA RAP STAR ‘, how do you feel, how was the response?
Bohemia: Da Rap Star was launched about six months ago. My first album with Universal Music Group had already been out for over two years so there was a lot of pressure from the label. I was in the middle of a legal battle at the time with an x team member and was really short handed at the studio. I decided to finish up the project as the main producer just as an answer to all of that pressure and I handed the album to UMG for the April launch. To my surprise the album opened up at No2 and went up to No1 in the first two week of the launch on Planet M chart and Music world chart in India. It even stayed on the B4U Top 10 for weeks, B4U is usually all film music and you never see any new artists on that chart. The album six months later is still on the Universal’s International Top 5 chart and on the national album Top 3. At the end of the day, I gotta thank my desi people for giving me the chance. 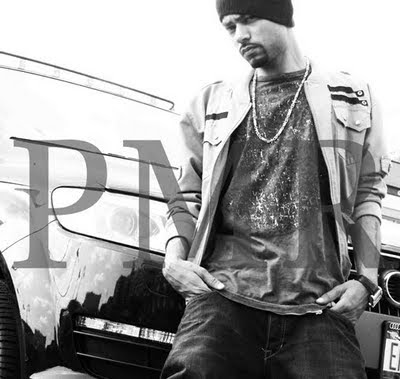 PMR: What advice do you have for people who want to strive in this industry of rap?
Bohemia: Do what comes naturally to you. Don’t try to be something you’re not. But most importantly, learn the business.
PMR: How can fans-to-be gain access to your music?
Bohemia: Hit me up on my website www.thepunjabirapper.com from there you can find all the links you need. You can even leave your email to get updates and alerts.
PMR: Tell us about your next project in the market?
Bohemia: I’ve recently recorded for a compilation project being launched by Universal. The track is sung by Mika and produced by Gaurav DayaI. I’m also collaborating with Taz [Stereo Nation] which is like an honour for me since I’m a big fan of Taz. There’s also a track I’m currently producing that features Gippy Grewal. Gippy’s got the whole Punjab on the lockdown, I especially flew down to Chandigarh to record Gippy and some other authentic instruments. I feel now I’m in a position to do a lot more then I could before so, let see.
PMR: How do you see the internet market for upcoming/underground bands/artists in terms of a marketing tool?
Bohemia: As a recording artist, it’s the charts that matter to me. If you aren’t on any charts upon your CD launch, you’ve got problems. It doesn’t matter how many internet hits you have. I think once you prove your success, the Internet marketing should follow. Internet should be used to connect with your audience not to create them.
PMR: Let us know how you think videos are an important music promotion source?
Bohemia: Videos are very important. A Video shows how the music connects with the world. How it links with the reality visually. In my videos, I never had to hire actors or set up props because I never had to create a fake environment. My music is based on the environment I was brought up in and that’s what you see in my videos. Now if you think that your video will sell your music, think again.
PMR: Do you plan your events & media work before hand or things just come your way?
Bohemia: I’m bad at planning anything. I’m lucky to be a part of a team that’s real focus and dedicated. Most of my personal energy is spent at the London Lab Studio in California where all my music gets recorded. What I do best is produce music so I stick with that. I do like to oversee the whole plan once the label blocks the schedule though.
PMR: Any concerts you planning?
Bohemia: I’m currently planning ‘Da Rap Star’ Australia and New Zealand tour for end of this year so be on the look out for that. I’ll update you guys at Pakmediarevolution once we finalize things.
PMR: We’d love to have a word from you for Pakmediarevolution and its team.
Bohemia: I’d like to thank you guys at Pakmediarevolution for supporting individual artists and helping us connect with our fans directly. Keep up the great work and good lookin out!
PMR: Let’s wrap this thing up, any last words for your fans, e.t.c?
Bohemia: As always I want to thank everyone, all the fans and the media for the love and support on the new album Da Rap Star and making it a big success. Much love, stay one.
Source: pakmediarevolution.net
Posted by Aman S. Aneja at 5:06 PM