Here is a big difference between two Bohemia's Facebook Pages 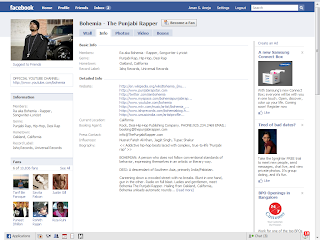 Though it gives you a good information on bohemia but let me tell u that the above is not the Official Profile of Bohemia..

Bohemia's OFFICIAL PAGE (You can verify it on ThePunjabirapper.com) 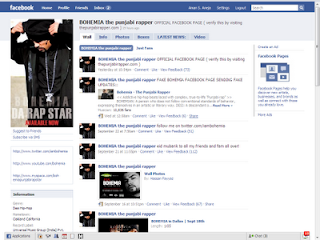