Bohemia reveals "I am ICON (In Control Of Nothing)" | Announces to release the album on April 20, 2022

As informed to you all in early December 2021 that Bohemia is planning an Album along with J.Hind and Deep Jandu over a phone call while J.Hind was chilling in Dubai (Video can be watched here) 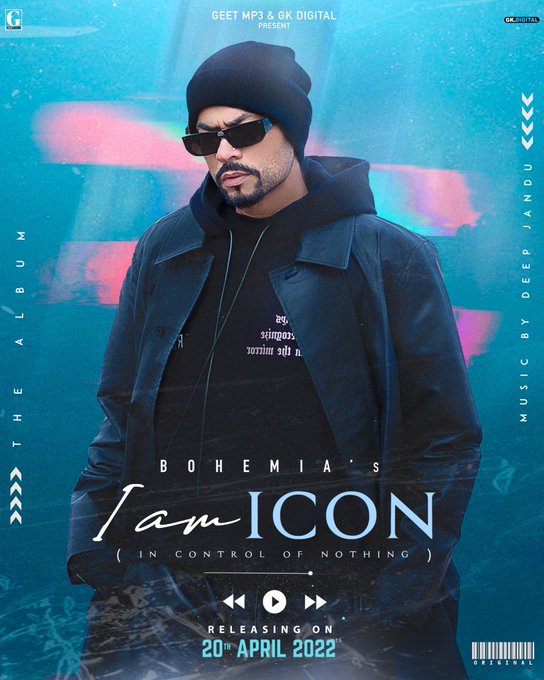 Below is a tweet from Bohemia's official twitter account promising to release his new album I AM ICON on April 20, 2022. Here I.C.O.N. is actually an Acronym which stands for In Control Of Nothing.

Geet MP3 and GK DIGITAL are presenters of this album.

Presenting the official artwork for my upcoming album “I am I.C.O.N ( I am in control of nothing )” releasing April 20th. 2022. I can’t wait to share it with you. With love, BOHEMIA. pic.twitter.com/QotccueSC0