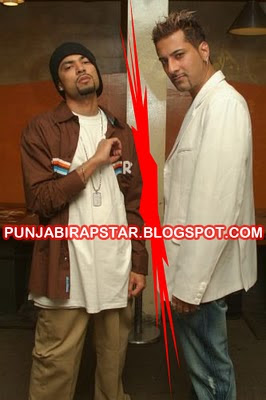 Bohemia was visibly irritated with the recent statement of Bally in which he had claimed to bring the rapper into the limelight.

‘It is wrong to say that Bally Sagoo brought me to the limelight. I am here only because of my own talent and creativity. In fact Bally used me to gain audiences and to create hype during his own shows. He is telling a lie. He is not a musician or a lyricist, he has not even written a single line till date,’ said Bohemia, while talking to reporters here Sunday.

‘But yes, he brought musicians from different countries to the forefront. Bally had money and he could do this. But I was only 16 when I left my home. I had no money and I was on the streets but today I am charging three times money as compared to Bally for a show.’

‘Bally is a joker, he wanted to use me as hype. He never made music and people like him are always afraid of me. Initially, I thought all of them were like me but nobody can compare me with them,’ Bohemia said.

‘I scrapped my relations with Bally during a show in the US. I was just over with my power-packed performance in which I had actually screamed my heart out. Immediately after it, Bali wanted me to go on stage because he was not confident about his own performance. I refused and ended my relationship with him.’

‘Universal music also tells people that they have made Bohemia, it is again wrong. I cannot give any credit to Bally or to Universal. I have 100 percent rights on my music, concept and lyrics; even the graphics and fonts on the CD cover are also decided by me. I only needed them to distribute my music,’ Bohemia said.