Bohemia with Gurdas Mann in picture at PTC MUSIC AWARDS

As we all know that Bohemia is in for PTC MUSIC AWARDS. He shares his love and respect towards the country and the legends of this nation! 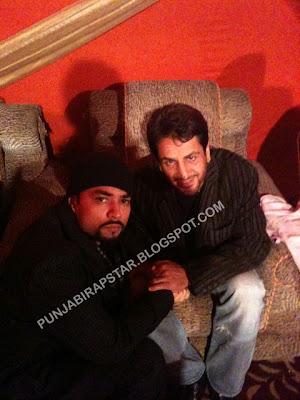 He truly admires Gurdas Mann (whom Bohemia calls Mann Sahib) as the King of Punjabi Music - as his tweet on Twitter.

According to me, both of them are the King!
One is the King of Punjabi Music and the other you know very well....
Posted by Aman S. Aneja at 8:47 PM